Try using any of the following fully supported modern browsers instead

Frames By Mail » Blog » The Art of Banksy Comes to Chicago

The Art of Banksy Comes to Chicago

Banksy, whose identity remains a mystery is considered one of the world’s top political artists. In 2010, Time magazine selected the British artist for its list of the worlds’ 100 most influential people among the company of Barack Obama, Steve Jobs and Lady Gaga. Over the years, Banksy has carried out a considerable number of ‘pranks’. One of the biggest stories in the art world recently was Banksy having his “Girl with Balloon” painting go through the shredder just moments after the work was sold for nearly $1.4 million at auction. 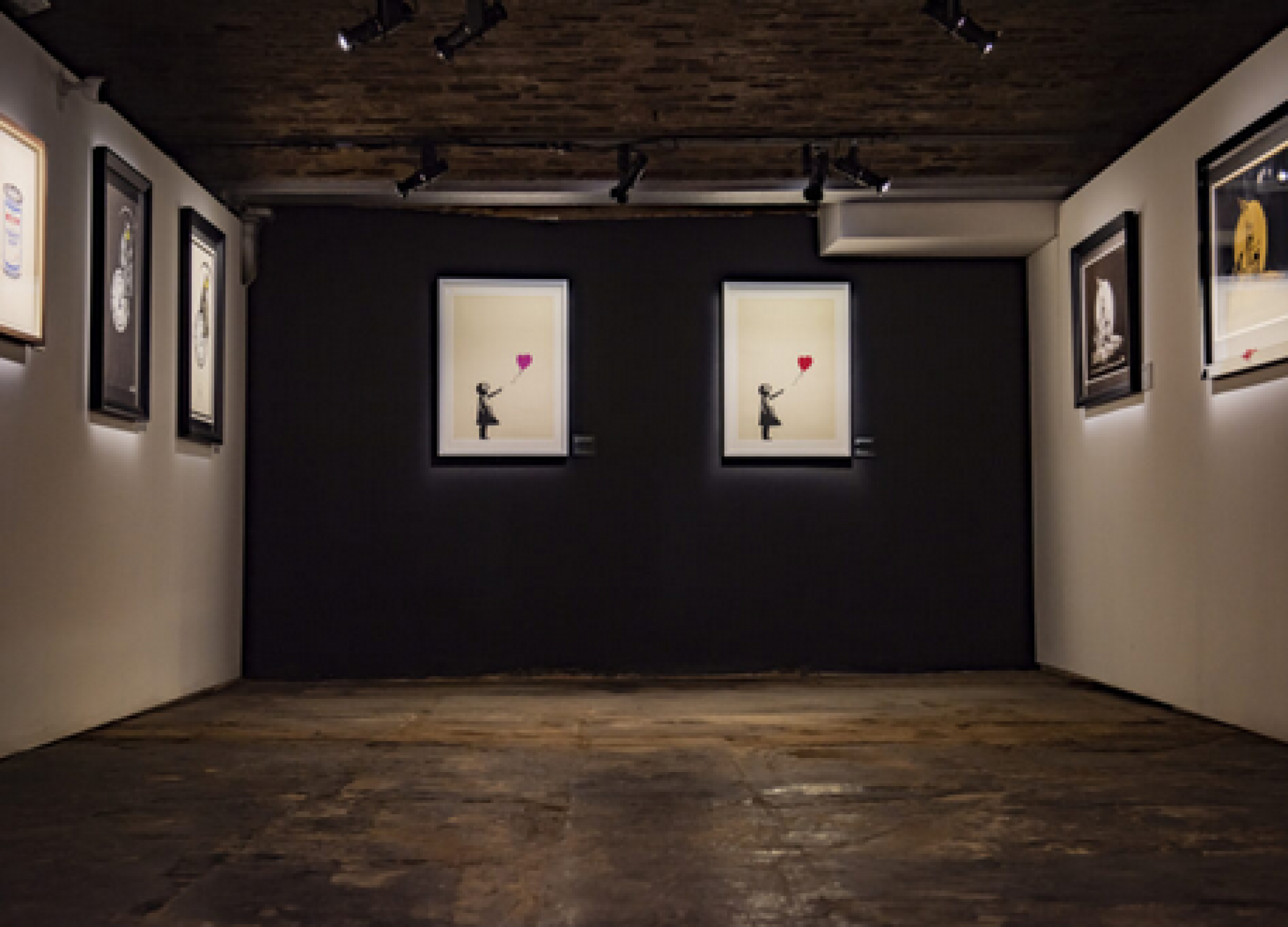 THE ART OF BANKSY IS COMING TO 360 N. STATE STREET IN DOWNTOWN CHICAGO

The largest touring exhibition of authentic Banksy artworks in the world will hold its Chicago exhibition on the 4th floor of 360 N. State St: a 45,000-square-foot space originally that most recently was the home of “Saturday Night Live: The Experience.”
Banksy Exhibit will also be the premiere launch experience in a SECRET venue in the heart of San Francisco.

Banksy: Who is Banksy? What we know about the anonymous graffiti artist

We don't exactly know. Banksy is a famous - but anonymous - British graffiti artist. He keeps his identity a secret.
Although a lot of his art is produced in public places, he usually only reveals it's his after it has appeared on his social media. A lot of his art is done in a particular style which people can easily recognize.
Although lots of people have tried to guess who he is, his identity has still not been revealed. Banksy first got noticed for spray-painting trains and walls in his home city of Bristol during the early 1990s. Street art and graffiti can be considered criminal damage, so in the beginning it's thought the artist stayed anonymous to keep out of trouble. In the beginning his pieces were mainly in Bristol, but in the 2000s his artworks started appearing all over the UK and other parts of the world.

What is Banksy's style?

Banksy chose to use stencils to create his pieces, probably because it's a faster way to paint. He was influenced in his early days by a French graffiti artist called Blek le Rat. Blek le Rat is considered to be the father of stencil graffiti and people sometimes confuse the work of the two artists. Banksy doesn't only do street art, he's produced drawings, paintings and installation pieces. He even created his own theme park called Dismaland.

How much does Banksy's work cost?

Banksy's work is very valuable and can go for thousands of dollars. Lots of people who love what he does, and are willing to pay a lot for his work. At auction in 2008 a piece of work called Keep It Spotless was sold for just over $1 million. In the same year, a mobile home that had a piece of Banksy artwork on it was given a $500,000 price tag. This was because of the artwork that it had on the side.
Banksy has often made clear that he doesn't like his work selling for so much money. In 2008, a painting went for $1 million before destroying itself in front of a surprised and horrified auction house. And because many people consider street art to be vandalism, some of his work was painted over as soon as it appeared. Sometimes graffiti artists put their own work over it. Because of this when a Banksy does appear the owner usually covers it up with plastic sheeting to protect it.
There is a debate about why Banksy's work can be protected as 'art' when other graffiti artists are prosecuted and sometimes even put in prison for doing the same thing. When Banksy leaves his artwork on buildings, there can sometimes be arguments about who owns the pieces and what should be done with them, as they are very valuable. Sometimes people want to sell them to raise money for a cause, while others think the works should be left to be enjoyed by others.
Tags: Banksy Mystery artist Chicago, Illinois Art exhibit

While it is optional, Signing in before starting a chat allows our team to better help you and is encouraged.

Send us an email